A discussion on the main principles of Zenetos' research on the city and house of the future, and the reevaluation of Electronic Urbanism in line with the recent technological and social developments.

On June 29, 2017, 40 years will have passed since the death of Takis Ch. Zenetos. An exponent of a visionary and radical modernism, Zenetos has been acknowledged as one of the leading figures of the 20th century Greek architecture. Not only a renowned designer with an excellent knowledge of technology, Zenetos was a tireless researcher who designed visionary projects responding to the demands of a world much more advanced than Greece back in the ‘70s. Studying articles in scientific journals of the time, Zenetos defined accurately many of the electronic applications which determine everyday life in the 21st century, such as ‘tele-working’ and ‘tele-services’, and designed a wide range of innovative infrastructures in different scales. The detailed presentation of the Electronic Urbanism research project in the exhibition Tomorrows offers the opportunity to re-approach Zenetos' visionary work. The discussion will focus on the main principles of Zenetos' research on the city and house of the future, and the reevaluation of Electronic Urbanism in line with the recent technological and social developments. Moreover, the event will attempt to highlight some hidden aspects of the Greek modernism and 1960s visions.

At the Upper Stage of Onassis Cultural Centre 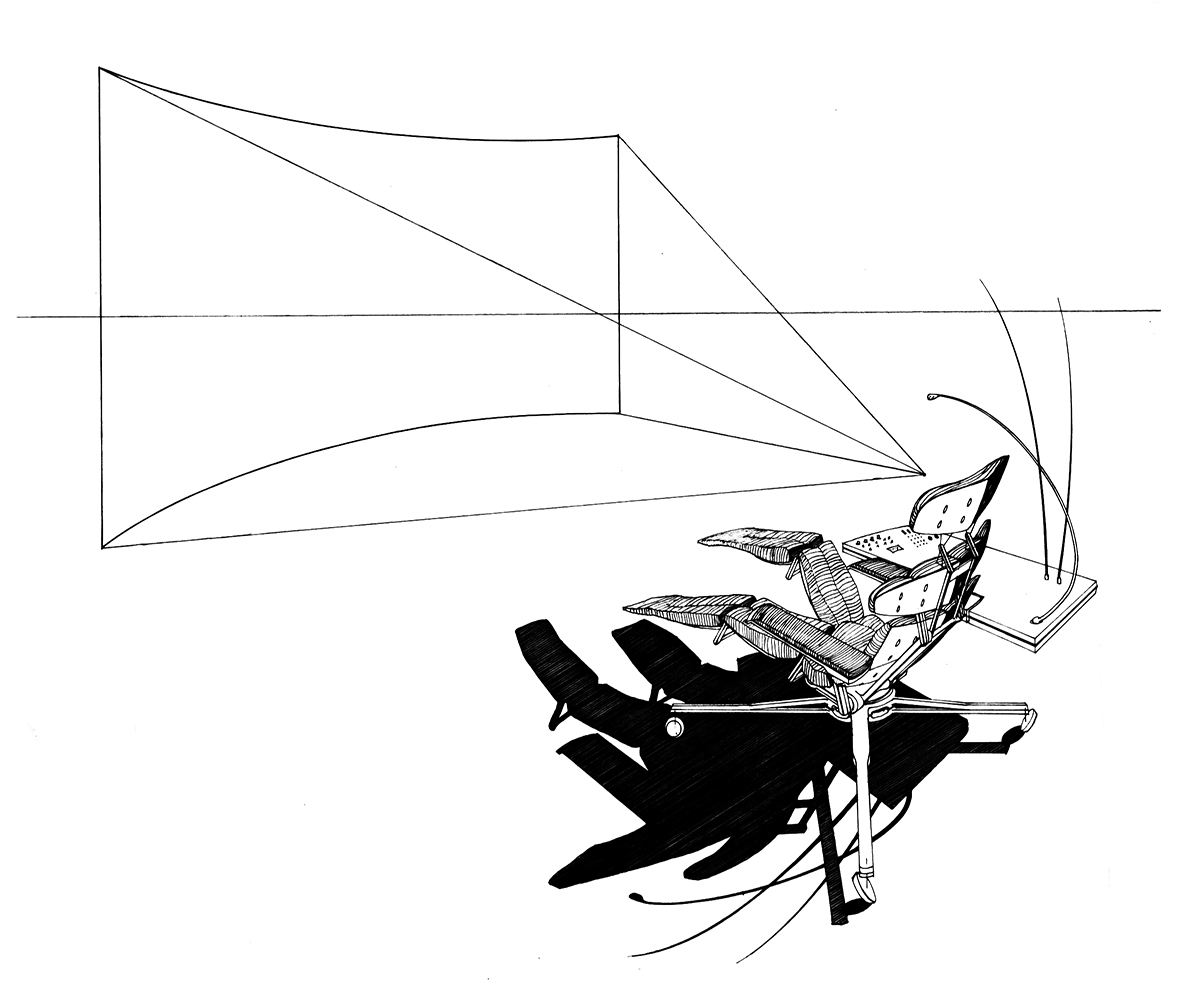 What is Post-Nature and how does it relate to Earth’s deep geological time? In what ways could 3D fabrication affect tomorrow’s techno-natural environments? Can radical applications and speculations about its use assist in understanding the planet’s ongoing transformations?

As the human footprint on the planet becomes more and more visible, an urge for new forms of intervention that take into account this long, temporal impact also becomes apparent. It seems that whilst developing planetary modes of vision, communication and control, the very ecosystems we have been seeking to assert mastery over have now been altered. In rendering the entire Earth both an object of scientific study and of economic profit, we have become implicated in the deep future of every organism that grows, crawls, and mutates on its surface. We have come to inhabit a world where, as Richard Pell and Lauren Allen outline, organisms, their habitats and evolutionary niches, are "no longer determined simply by ecological pressures, but rather by an ongoing negotiation between commerce, regulation, and genetics." 1 Or, as Jason Moore notes, capitalism is a specific way of organizing nature.

The #additivism workshop led by Daniel Rourke and Geraldine Juárez invited participants to an exploration of post-natural history, geo-history and Mediterranean world-ecologies, emphasizing critical perspectives driven from the intersection of art, design and activism. #Additivism, which takes 3D fabrication as its critical framework, is a portmanteau of additive and activism that exemplifies radical approaches to collective action, extending from the local through to geological timescales.

In this two day workshop, the group identified and named the epistemic conditions under which “post-nature” emerges and thrives. They took into account the additive logic of extractivism and its deep legacy in the form of techno-scientific projects such as bio- and geo-engineering. They considered Mediterranean world-ecologies and imagined structures of knowledge and action able to exist outside or beyond “the Eurocene and Technocene initiated by Europeans.” 2 Ultimately, they explored:

Are we able to imagine alternative approaches that don’t put human-scale actions and interventions first? For whom, why and at the expense of what is “post-nature” produced? Is it possible to consider the emergence of a “post-natural” ethics?

The workshop had 2 main components: a theoretical and critical session and a practical and collaborative session.

Participants were invited to exchange provocative thoughts and ideas, and come up with speculative models, texts, blueprints, designs, etc. As part of the workshop, they were guided through the processes of additive design using Meshmixer.

Readings:
Preface to a Genealogy of the Postnatural by Richard W. Pell & Lauren B. Allen [PDF]
Introduction to Capitalism in the Web of Life: Ecology and the Accumulation of Capital by Jason Moore [PDF]

Bios of the artists:

Daniel Rourke (UK) is a writer and artist. In his work, he deals with speculative and science fiction in search of a radical ‘outside’ to the human(ities), including extensive research on the intersection between digital materiality, the arts, and post-humanism. In his artistic practice, Daniel devises and creates collaborative platforms that promote open and critical discourse on the topics of media theory and post-humanism. In 2015 he released the 3D Additivist Manifesto together with artist and activist Morehshin Allahyari. He recently completed his PhD in Art at Goldsmiths, University of London.

Geraldine Juárez is an artist working with histories, stories and contexts about media technologies, and its related technics and economics. Recent group exhibitions include University of Disaster, Bosnia-Herzegovina Pavilion, Venice, Italy; Situations/ Placeholder, Fotomuseum Winterthur, Switzerland; Works for Radio, Cinemateket, Copenhagen, Denmark; and exstrange.com. Her writing has been published in The Radiated Book (Constant, 2016), Intercalations 3: Reverse Hallucinations from the Archipelago (K. Verlag, 2017), and Scapegoat, Journal for Architecture, Landscape and Political Economy (2017). 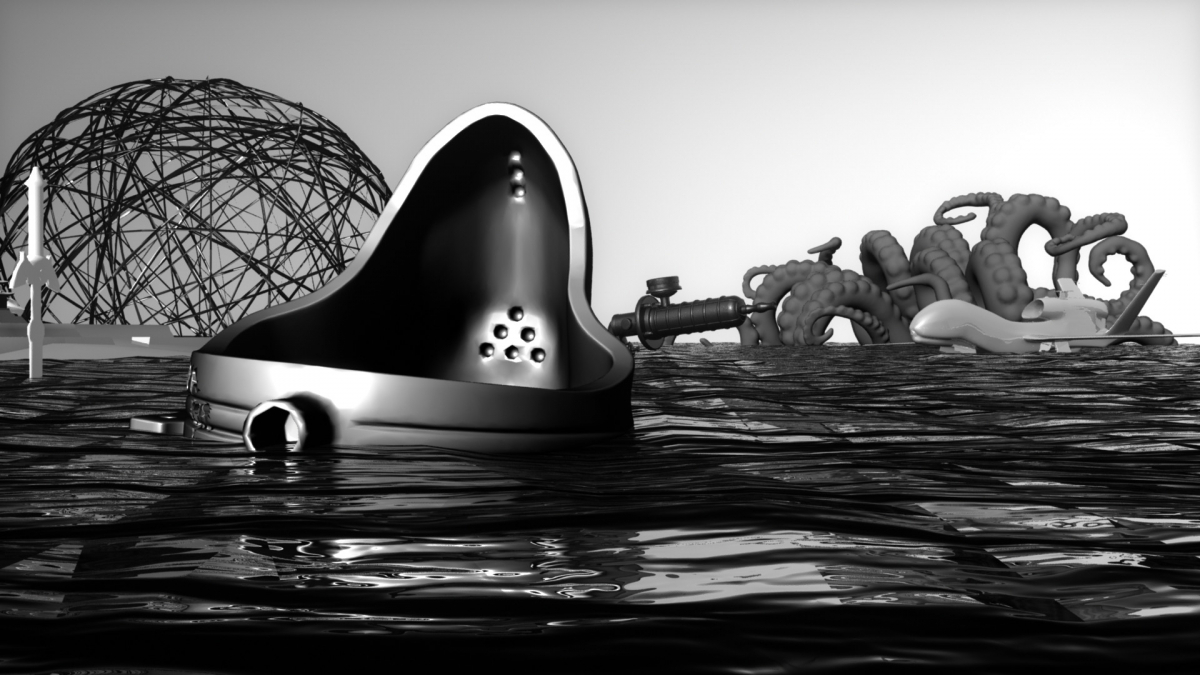 Νotions of the ‘smart city of tomorrow’ usually focus on shiny de-politicised technologies and systems that shrink-wrap a compliant and stable population. Cities, though, already embody human and technological intelligence, as well as inbuilt, long-term infrastructures and deep and complex political histories. How much room do current smart cities scenarios allow for the conceptualisation of plural, speculative, and contested futures? How can a richer understanding of the existing socio-technical systems be instead taken into consideration?

This two-day Stange Telemetry workshop introduced participants to the basic principles of Speculative and Critical Design (SCD), and their application to an urban context. Over its course, Strange Telemetry emphasised analytical tools, models of strategic and systems thinking as well as forms of practice that enhance a critical reflection about the present and a conception of possible heterogeneous futures.

The workshop activities were intensively site-specific, having Athens as resource and a point of inspiration. Whilst macro-level factors such as the ongoing financial crisis, population movement, and climate change were taken into consideration, the workshop also focused on the role of the city as a site of contested politics in the Mediterranean, drawing on its political history and culture, its material artefacts, institutions, physical geography, and the built environment.

Bios of the artists:

Strange Telemetry is a research company and consultancy. Through design projects, workshops and writing, we explore and illuminate the contexts in which technologies are imagined, built, used, and controlled. Strange Telemetry is a workers’ co-operative, bringing together a directorial team of internationally exhibiting artists, curators, designers and social scientists; and expertise in critical design and speculative prototyping, futures and strategic foresight, and creative workshop facilitation. Owned and managed by our members, we aim to work in a way that preserves our autonomy and independence.

Georgina Voss is a technology anthropologist, artist, and writer, whose work focuses on the political and infrastructural systems which underpin and shape technological practices, and the spatial elements of these relationships. Her work has been commissioned and exhibited by the Brighton Digital Festival, UK; Artefakt Festival, Leuven; and the Milton Keynes International Festival, UK; and she has held artistic residencies at RAMLAB, Rotterdam Port; Experimental Research Lab in Autodesk’s Pier 9, San Francisco; and Lighthouse Arts, Brighton. Voss holds a PhD in Science and Technology Studies from the Science Policy Research Unit (SPRU), University of Sussex. Her writing has been published in The Atlantic, The Guardian, and HOLO Magazine, and she is the author of Stigma and the Shaping of the Pornography Industry (Routledge, 2015). She is a co-founder and director of research studio Strange Telemetry, and a senior lecturer and research lead in critical studies and design at the University of the Arts, London.

Tobias Revell is an artist and designer. Spanning different media and genres, his work addresses failed utopias, rogue actors, unexplained phenomena, and the idea of technology as territory. Tobias is Senior Lecturer in Critical and Digital Design at the London College of Communication, UAL. He is a co-founder of research consultancy Strange Telemetry and one-half of research and curatorial project Haunted Machines. He lectures and exhibits internationally, and has recently appeared at Improving Reality, FutureEverything, Impakt Utrecht, Web Directions Sydney, Transmediale Berlin and Lift Geneva. He is a PhD candidate in design at Goldsmiths.

Speculations, stories, fictions: What role can they play in a contradictory era when they become part of architectural and artistic projects? How can they engage with elusive phenomena, such as climate change, or the rapid development and use of artificial intelligence? To which degree can they provoke change?

As part of the Tomorrows exhibition, Onassis Cultural Centre organised an afternoon of talks on current practices and methodologies that use speculation to explore near or distant futures. Participants from the exhibition were invited to present their approaches and the ways in which they respond to users’ and inhabitants’ worries and expectations. Through these approaches, speculations about the future role of architecture and design also occured; going beyond their common functionality, they were redefined as they focus on fictional scenarios, and aim to evoke discussions about the relationship of the human with nature and the machine. Distinct examples offered the opportunity for critical reflections on possible as well as desirable futures.

5:00 pm
Techno-Natural Environments in the Era of Climate Change
with Stefania Strouza & The New Raw, Zinovia Toloudi and Michael Young

7:00 pm
Garments for a Surveilled Future
with Behnaz Farahi and Adam Harvey

8:30 pm
Images from the City of Tomorrow
with Penelope Haralambidou and Liam Young 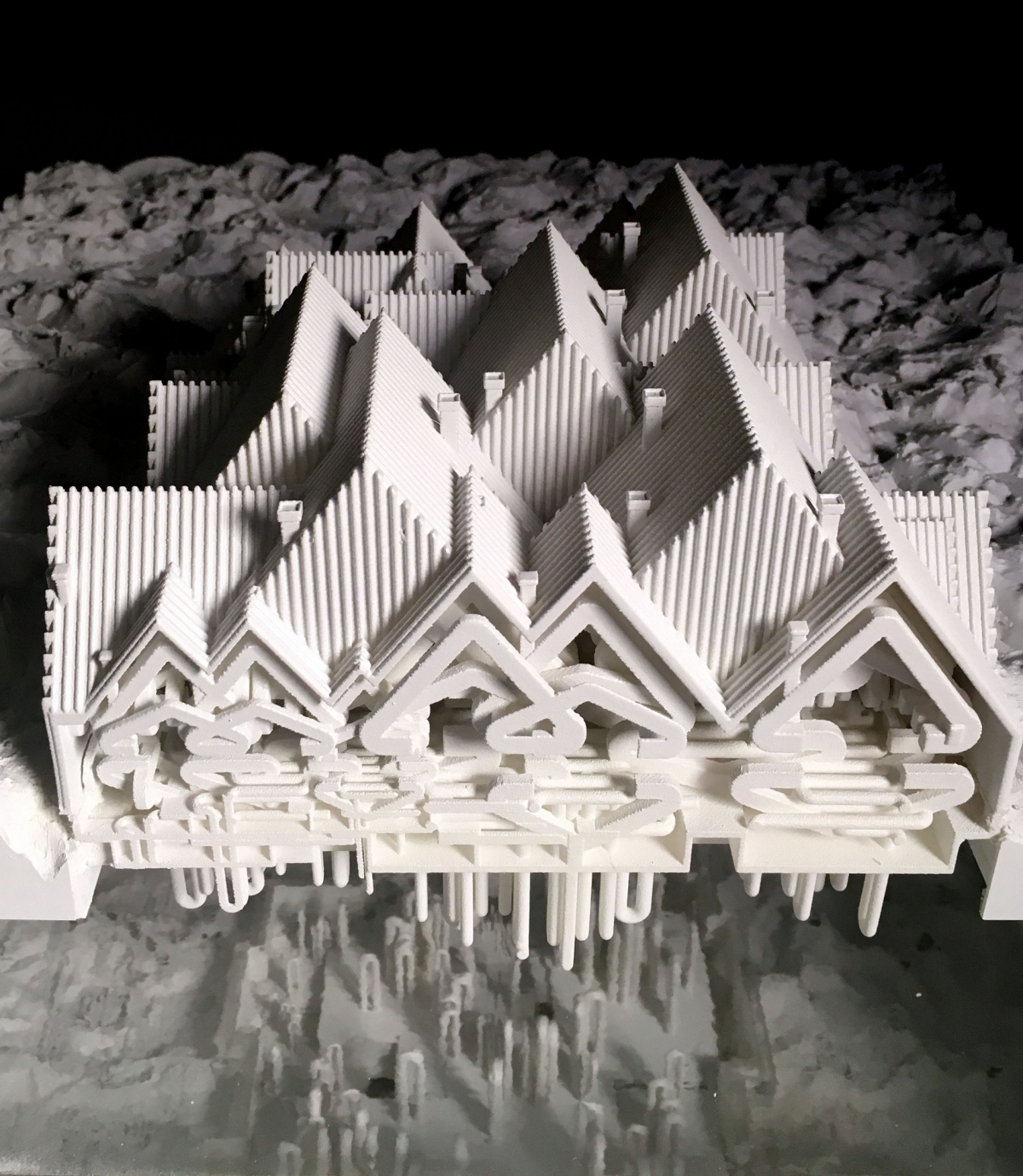 Tomorrow's Storeys: Critical fictions for the future of Athens

Science fiction authors, visual artists, directors, photographers and architects met and collaborated for three days (17-19 March 2017) at Diplareios School with the aim to collectively construct critical narratives concerning the future life of Athenian citizens. Beginning with the city’s current issues, phenomena and trends, the participants imagined tomorrow’s everyday life, focusing on an already existing block located at the centre. Through discussions, illustrations and hypotheses, the working group shaped a portrait of the citizens’ daily life, based on assumptions regarding Athens’ needs and dynamics in the future.

According to Liam Young, in an age defined by rapid change, where the present is shorter and more immediate than ever, hypothetical and reflective projects are exceptionally valuable, as they are able to shed light on aspects of a seemingly dystopian and unknown future. "The future is becoming a project again. Thinking about the future is an urgent project of our generation."

The participants presented the workshop’s results in an open to the public discussion on Sunday 19 March.

The working team consisted of:

There was an ongoing live visualization of the discussions by Costas Charitos. 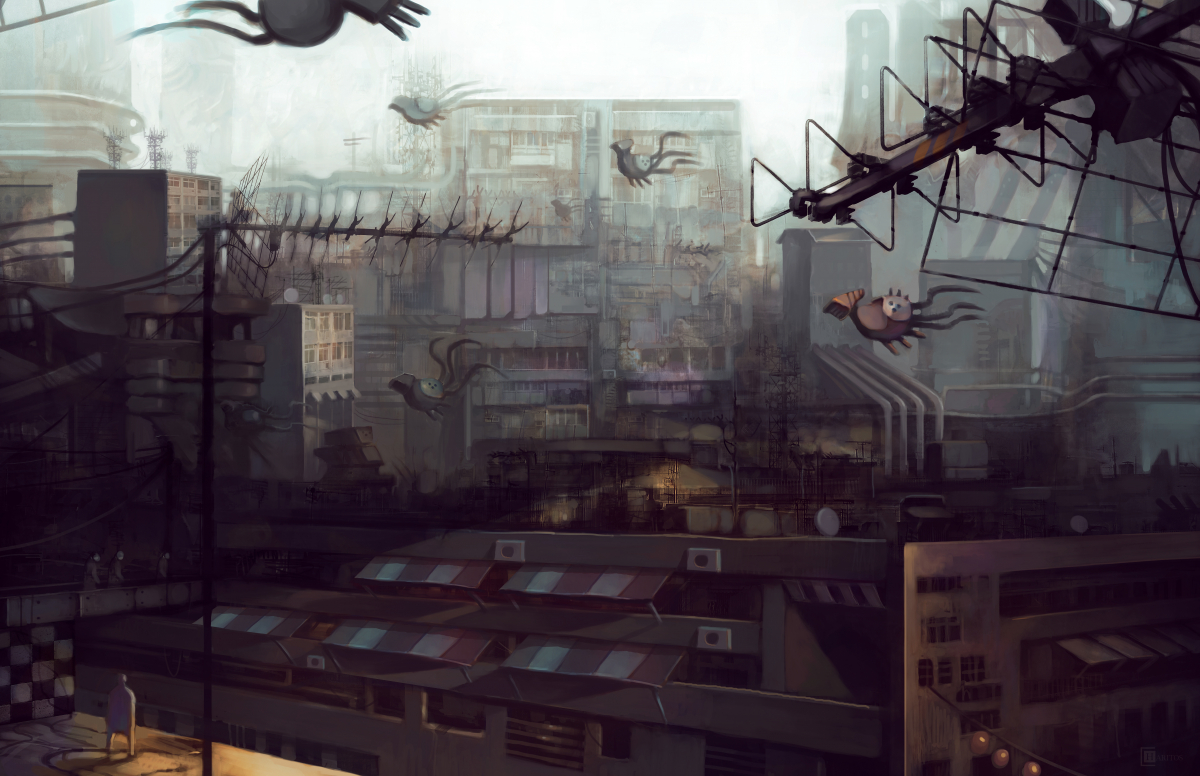