Michael Young is an architect and educator practicing in New York City where he is a founding partner of the architectural design studio Young & Ayata. Young & Ayata recently received a first-place prize to design the new Bauhaus Museum in Dessau, Germany. In 2014, they received the Young Architects Prize from the Architectural League of New York and in 2016 the Design Vanguard Award from Architectural Record. Michael is Assistant Professor at the Cooper Union. He has previously taught design studios and seminars at Yale, Princeton, SCI-Arc, Columbia, Syracuse, Pratt, Cornell and Innsbruck University. His work has been exhibited recently in New York, Los Angeles, Istanbul, Chicago, Barcelona, and Princeton.

In the fall of 2016, nine students at the Yale University School of Architecture documented the future infrastructure of Iceland over a 20-year period from 2036 to 2056. This was a speculative archival project 20 years in the past of 40 years from now. The infrastructure was rethought in light of contemporary developments in ecology, technology, and economics; these three issues effect the cultural relations of the built environment at such an accelerating pace that is difficult for a discipline such as architecture to grapple with. The question that the studio dealt with is not the fantasy that architecture can solve these problems, but that architecture is responsible for imagining the aesthetics that the interrelations of these three would provoke in the near future. The participants explored how these accelerated changes redistribute sensible information, and therefore involve politics. The projects presented range in scale and issues addressed. Three general categories were developed, although each project crossed over into the others: Energy Extractio, Distribution Systems, and Information Storage. Each project is documented through 9 images, 1 model, a brief text, and a presentation of research documenting the future media.

In Plain Sight by Heather Bizon

Iceland Resolution: The View from Nowhere by Mathew Bohne

The Glacial Genome: Looking Back at the Mid-Atlantic Mediation Project by Cat Garcia-Menocal

From BIM to Garage Bands: The Rise of Energy Hacking by Aymar Marino-Maza

The Hive: The Distribution of the Many by Steven McNamara 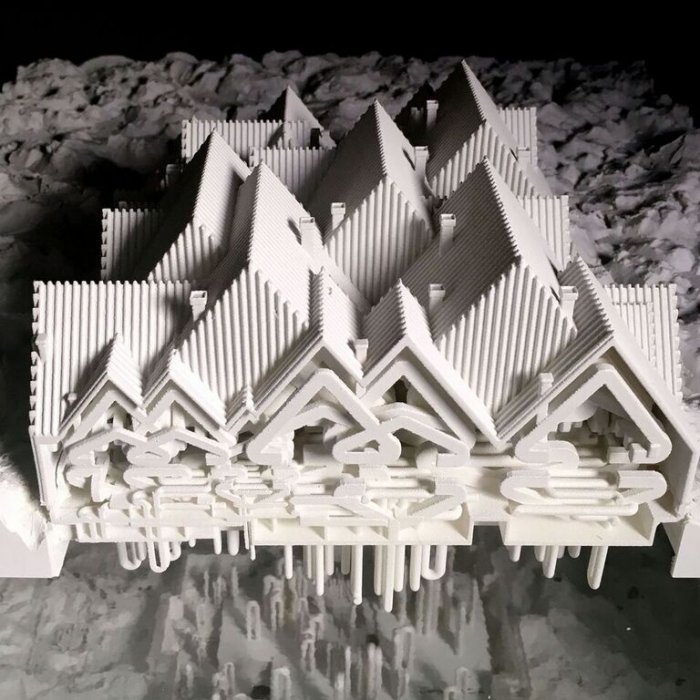 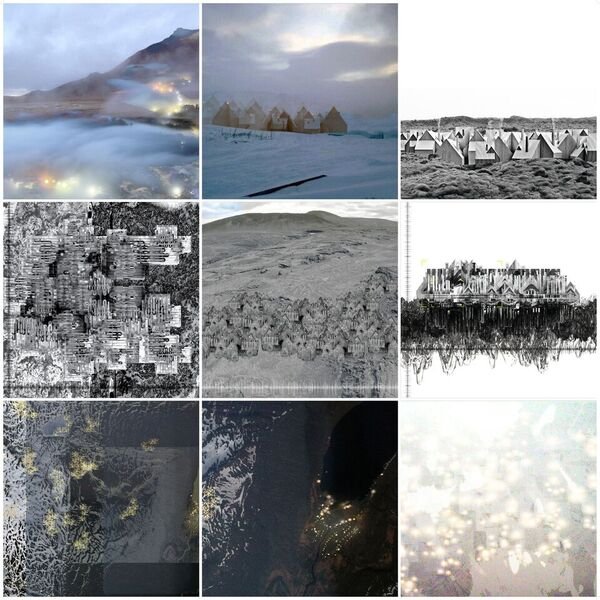 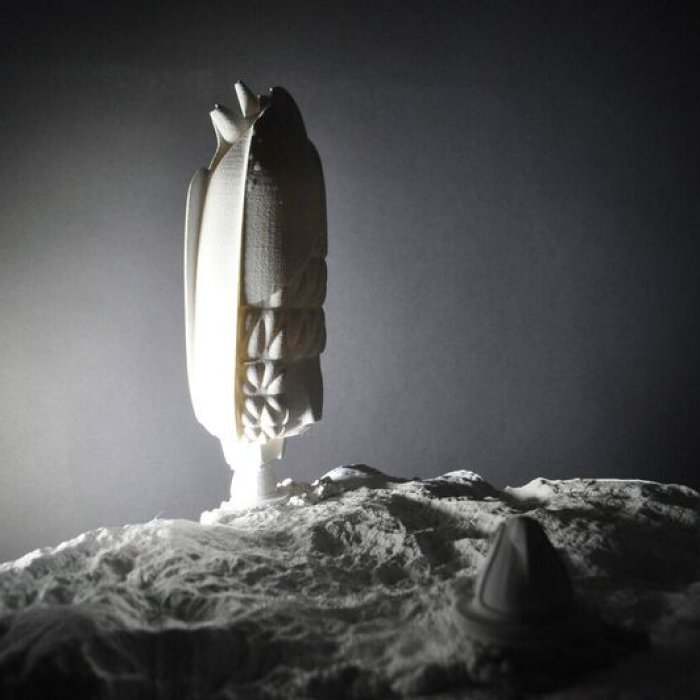 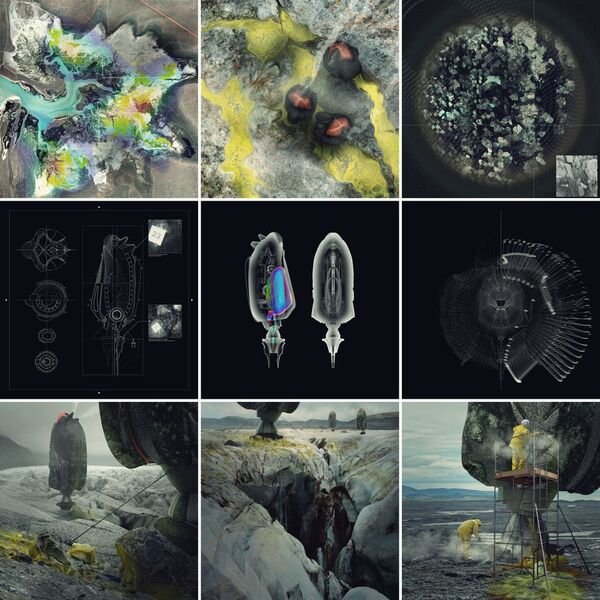 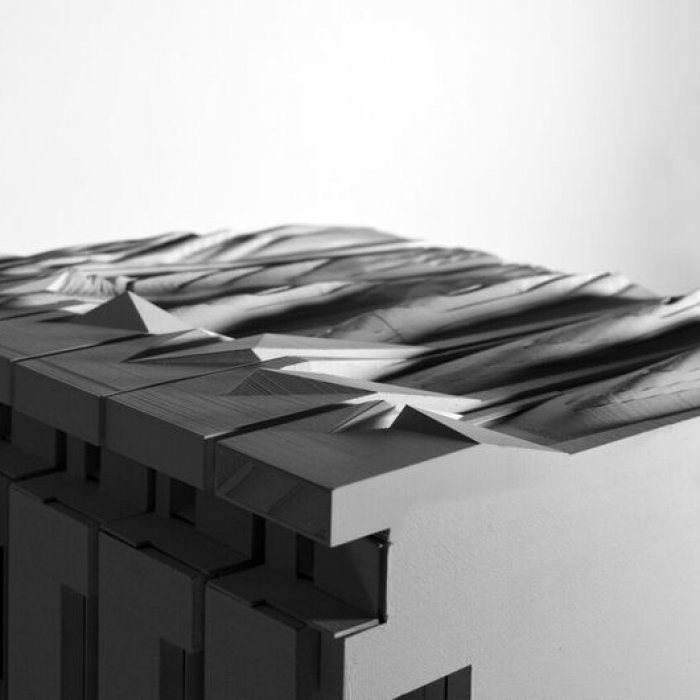 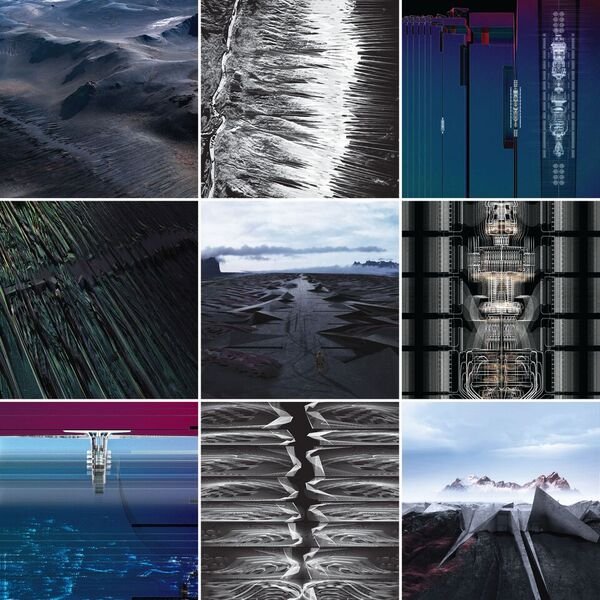