Zissis Kotionis (GR) is a PhD architect, artist and writer, Professor at the Department of Architecture, University of Thessaly. He has published eight books on architectural theory, urban culture and narrative poetry. His architectural and art projects have been published, exhibited and awarded internationally. His work includes artistic performances, installations, exhibitions and public art practices.

A Hothouse is a techno-natural apparatus providing a controlled, warm environment for cultivating plants. On the other hand, a Concentration Camp is a gated settlement for people excepted from law protection, usually under the condition of obligatory labour. Connecting the two terms and programs in a hybrid one, Hot_Camp is introduced as an apparatus for collective living and working in the margins or in-between cities. It intends to provide a spatial and performative condition under which metropolitan life melts into rural life and vice versa. Life for moving people in a state of emergency is challenged to form an open community. The assemblage of people with controversial identities reflects in an architectural assemblage of various living spaces, objects and organic apparatuses. All these form an alternative urban block, generic, awaiting to be grounded anywhere, as a colony between the city and the land. This trans-urban block refers to the precarious conditions of tomorrows’ life, in relevance to the South, under the Mediterranean climatic, anthropological and political horizon. 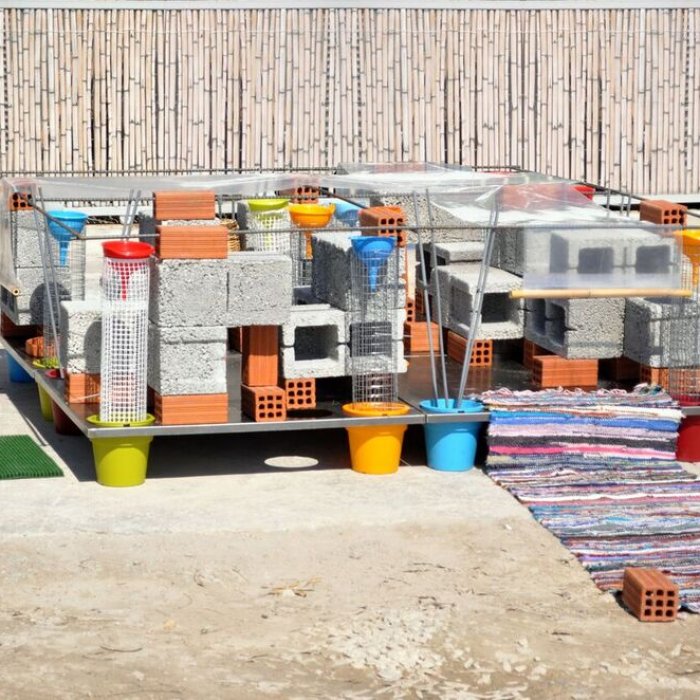 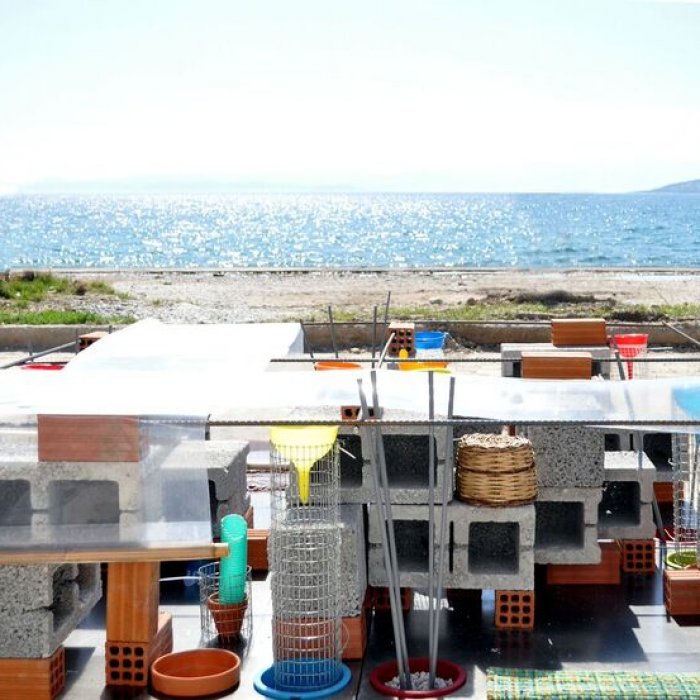 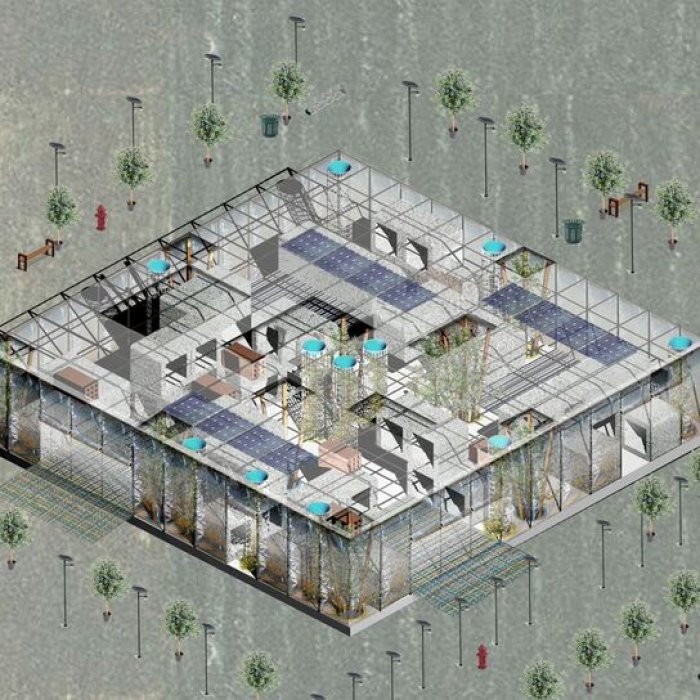 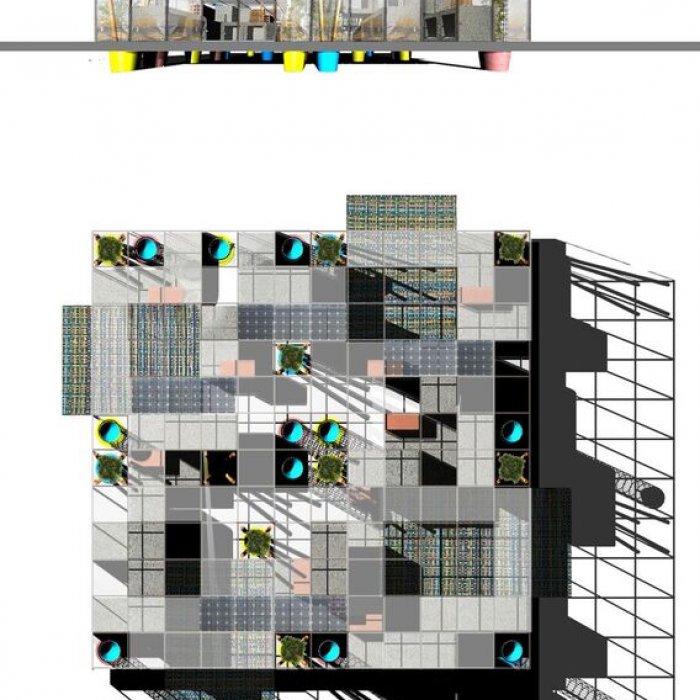 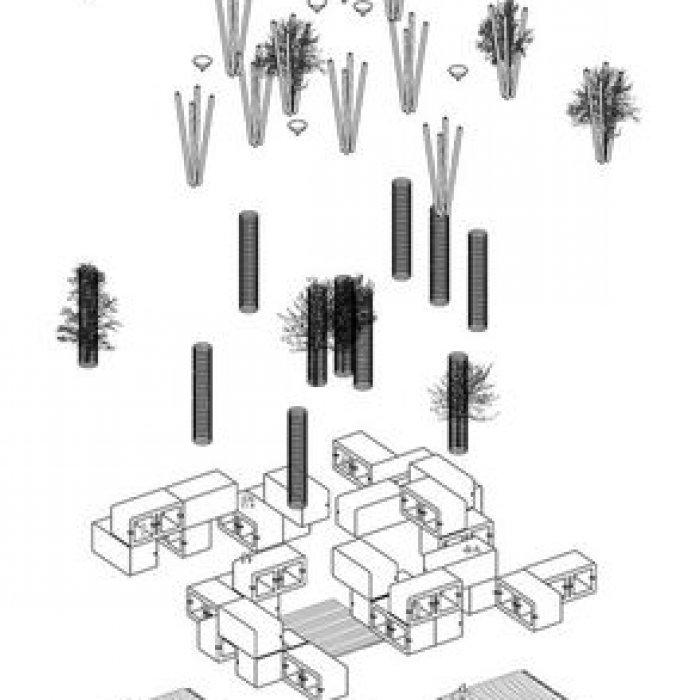