Formed in 2011, pneumastudio is an experimental design practice that brings together the related fields of architecture and landscape architecture as a means of reconsidering the ‘built environment’ in a time of environmental crisis and existential threat. pneumastudio has exhibited its work at the Design Museum of Barcelona, New York University’s Gallatin School of Individualized Study, and the Storefront for Art and Architecture in New York. Cathryn Dwyre and Chris Perry are fellows of The MacDowell Colony (2013) and co-editors of a special issue of PAJ: A Journal of Performance and Art (MIT Press). Recent publications featuring the group’s work include Global Design (Prestel), Architecture Inserted (Yale School of Architecture), and XXL-XS: New Directions in Ecological Design (Actar).

Cathryn Dwyre (US) holds a Master of Landscape Architecture from the University of Pennsylvania and is Visiting Associate Professor at Pratt Institute’s School of Architecture where she teaches seminars and design studios in the Degree Project undergraduate thesis sequence as well as elective history/theory seminars on architecture and landscape. Dwyre is also a regular contributor to The Architect’s Newspaper for which she writes book reviews on landscape architecture.

The elusive presence of global warming – rendered visible only at the very local effects of climate change such as in the case of coastal flooding – serves as a harbinger of tomorrow’s world; it foreshadows a displacement of Western civilization’s anthropocentric orientation in both experiential and philosophical terms. If our previous concept of ‘world’ was premised on the assumption that humans exist outside of ‘nature,’ today’s understanding of tomorrow’s ‘world’ renders such distinctions between human and nonhuman space transitional and thus inherently ambiguous.

Τransitional Environments brings together the work of Cathryn Dwyre and Chris Perry, their interdisciplinary design practice pneumastudio, as well as their academic design research conducted at Pratt Institute and Rensselaer Polytechnic Institute, respectively. Viewed as larger body of design research, the work explores the simultaneous proximity of and separation between human and nonhuman space by producing transitional material, formal, spatial, and programmatic conditions. Irreducible to one state or the other, these transitional environments are inherently ‘postnatural’; rather than seek a resolution to the nature-culture conflict that characterizes our contemporary moment, they instead seek to reveal new forms of critical awareness and creative potential by embracing it.

The installation hosts the following projects:

A Curious Cabinet by pneumastudio (Cathryn Dwyre and Chris Perry), 2017 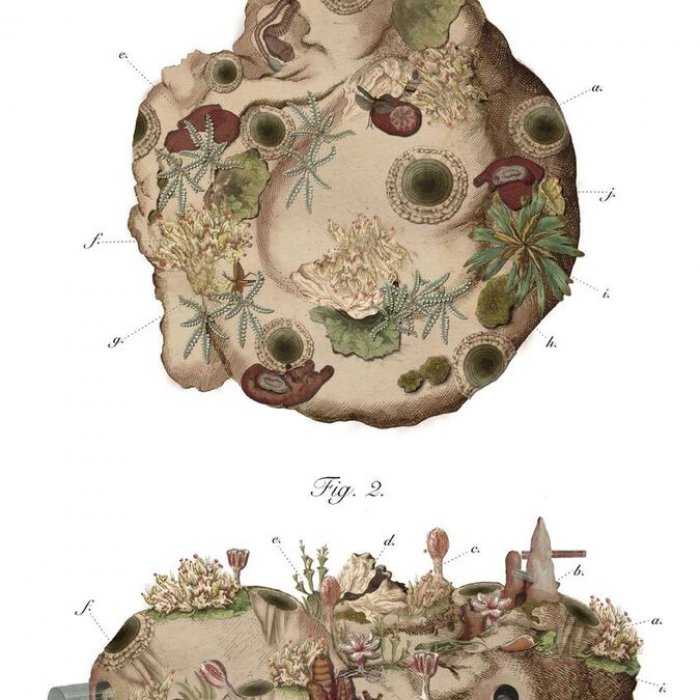 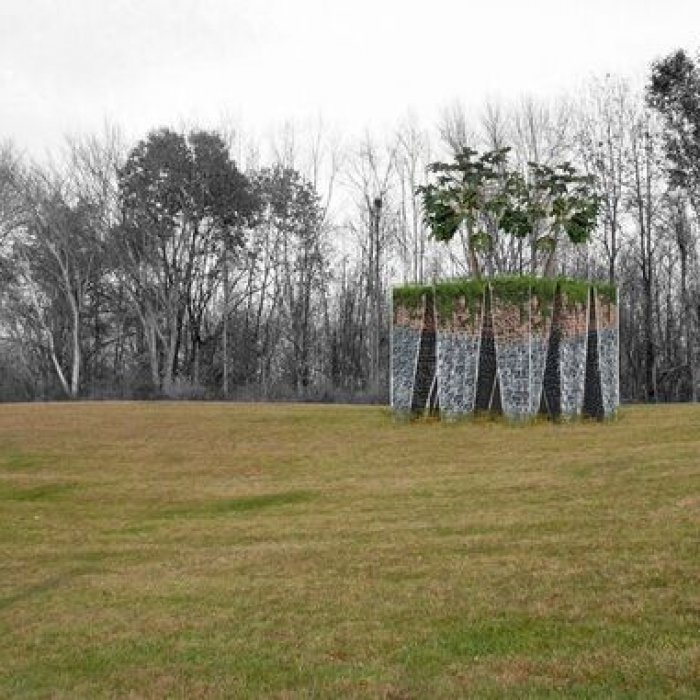 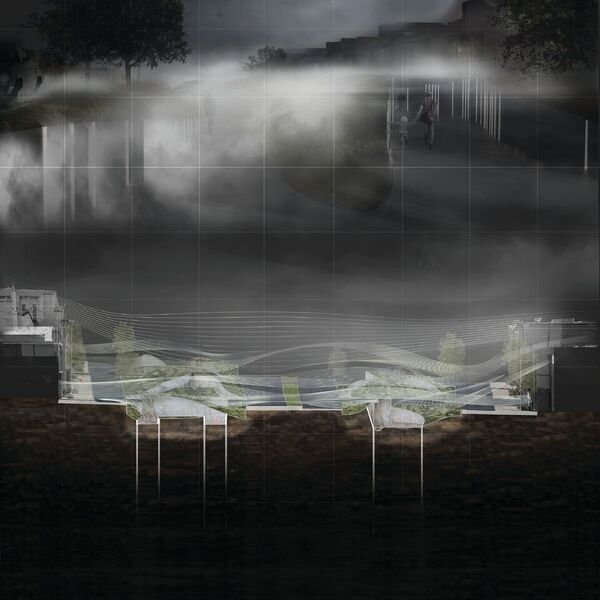 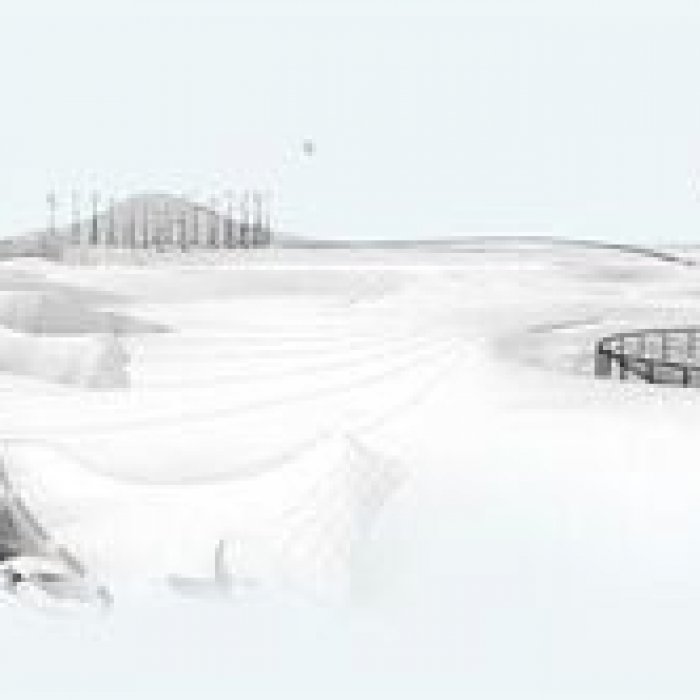 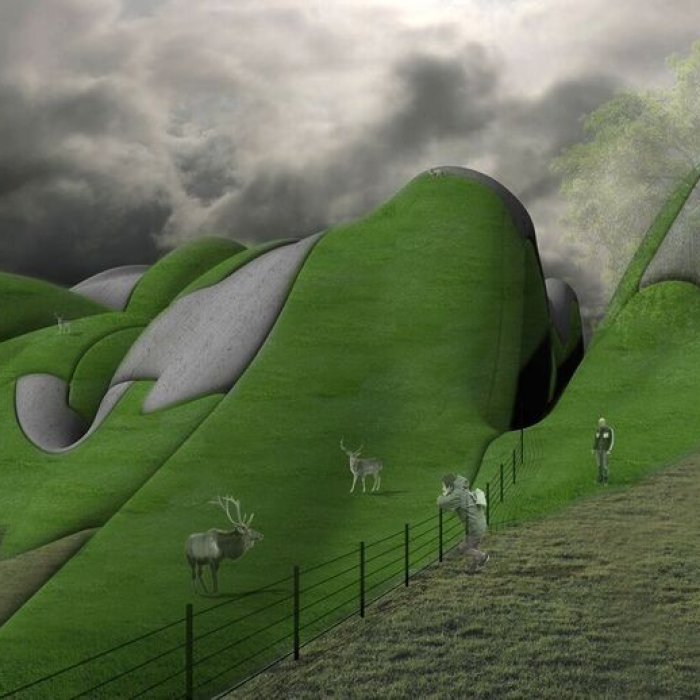 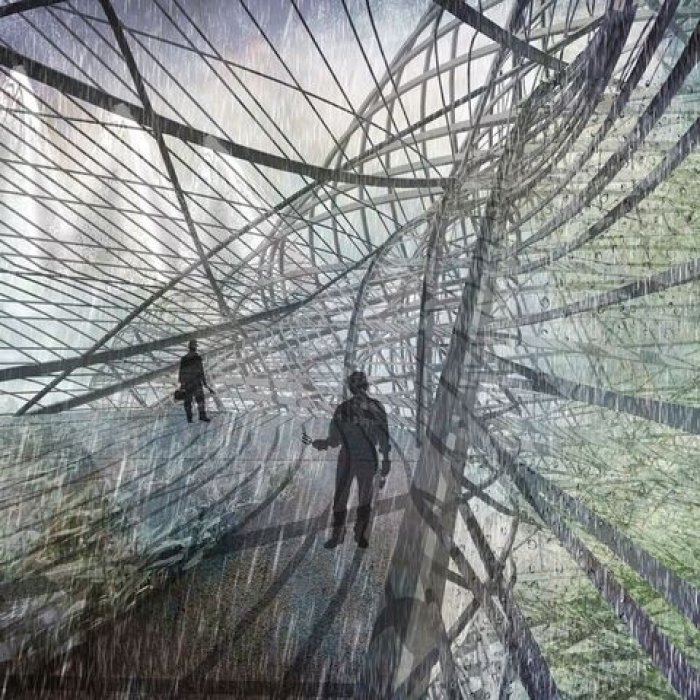