Ava Aghakouchak (IR/UK) is an architectural designer/interaction designer and a member of Interactive Architecture Lab. She currently is a PhD candidate at the Bartlett School of Architecture, UCL, where she aims to carry out her research focused on the interactions between the human body and built environments and possible future human-machine relationships. Ava has examined her ideas about the future of wearable technologies by looking at the current state of mobile devices and 3D vision systems, wondering how could these technologies change the way humans see and interact with the world around them? Sarotis: experimental prosthesis is the result of her postgraduate study focused on this topic at the IALab. In this experimental prosthesis, advanced vision systems and other sensor technologies are connected directly to body through soft body-based interfaces and aim to communicate information related to physical or virtual spaces through their tacit behaviors. Ava expresses her speculative vision of the future of wearable technologies in the short film Sarotis Wearable Futures focusing on how fluidic hydrogel interfaces may dissolve the distinction between our own physiology and that of the softening machines.

Maria Paneta (GR/UK) is a Greek architect and designer, holding a Master's Degree in Architectural Design from the Bartlett School of Architecture UCL. She is working on the verge of art and architecture with an interest in cybernetics, interaction and cognition. Her practice focuses on installation design engaging with scientific research, artistic expression and smart technology applications. She is exploring new ways of sensing space using wearables and large scale aesthetic installations. Her study in the Bartlett resulted in the development of the wearable Sarotis, a prosthetic device that augments spatial awareness and an empirical experiment on the binding process. Through Sarotis she explores how soft prosthetic devices can modify the users' awareness and mitigate the distance between bodies, minds and space.

Sarotis, a Greek word for scanner, is a series of soft robotic prosthesis combined for the first time with 3D vision systems to create a whole new way of sensing space through the body. It is predicted that by 2020, 5.4 billion mobile devices will feature 3D sensors enabling any user to scan and store their environments. If 3D vision technologies turn out to be as successful as their 2D predecessors, 70% of the world's population is expected to be capable of scanning, storing and analysing their environments.

Sarotis, developed at the Interactive Architecture Lab, Bartlett UCL, aims to explore how 3D vision technologies will change the way humans see and interact with the world. It looks into possible intimate wearable technology futures and examines how advanced vision systems and other sensory technologies will possibly be connected directly to the body through their soft interfaces.As part of the study an experimental prosthesis and a film were produced. The prosthesis was designed to study how one's awareness of space can be amplified using live 3D scanning technologies that control the inflation and deflation of soft robotic wearables. The speculative film invites the viewer to consider how fluidic hydrogel interfaces may dissolve the distinction between our own physiology and that of the softening machines that will extend our bodies.

Other possible applications of the project include assisting the blind or visually impaired with navigation, or in providing haptic feedback for virtual reality environments.

Project developed and released by Interactive Architecture Lab in the Bartlett led by Ruairi Glynn. 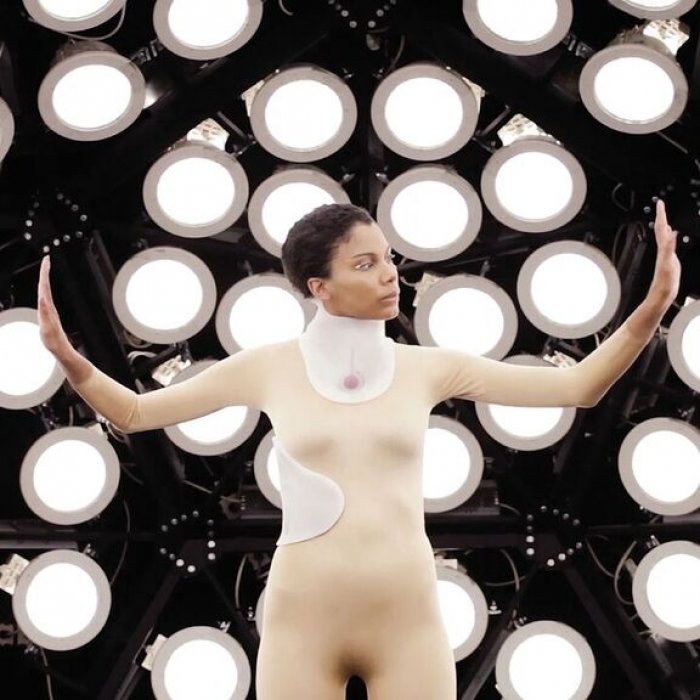 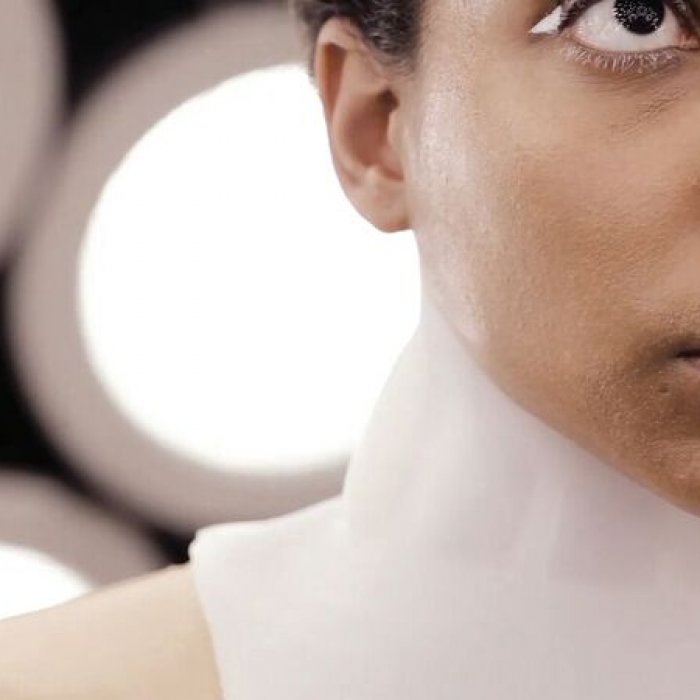 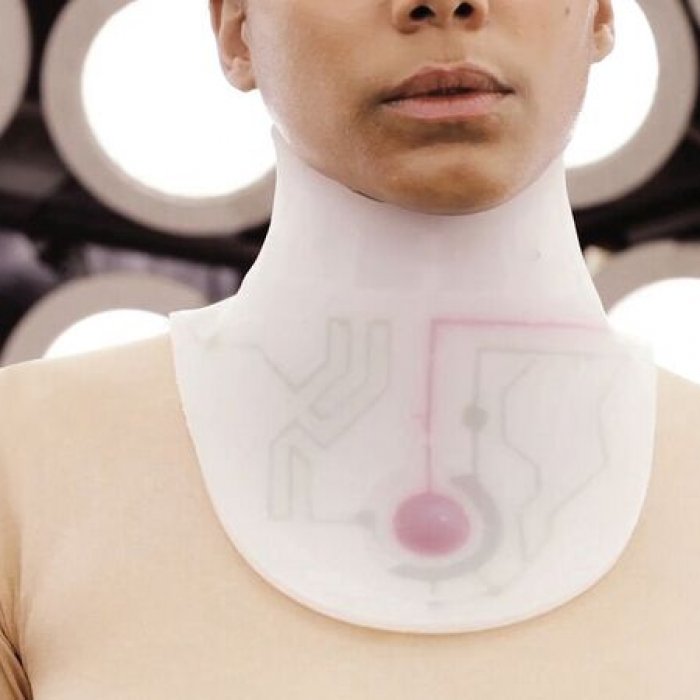 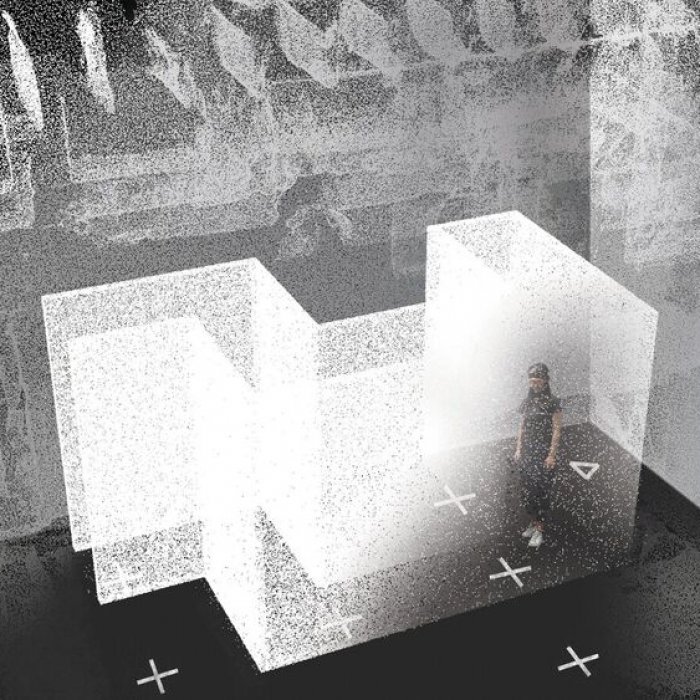 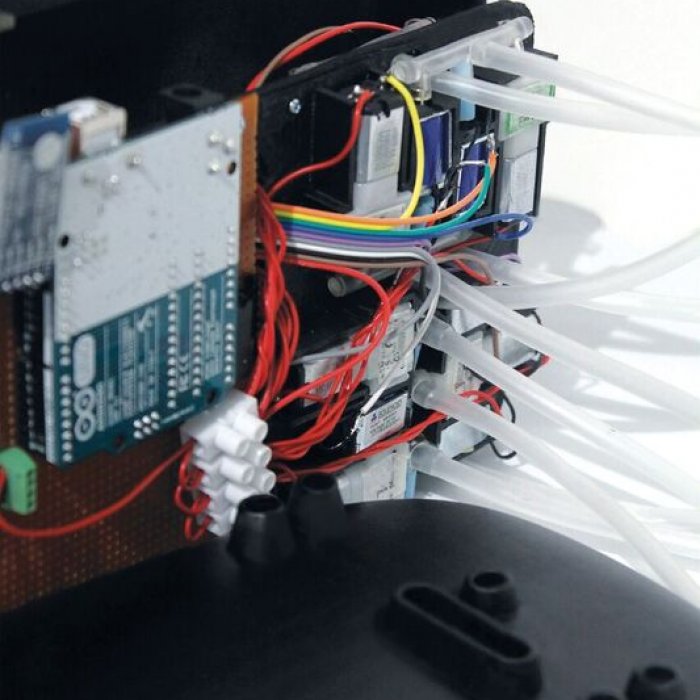