New Affiliates is a New York based multi-scalar design practice led by Ivi Diamantopoulou (GR/US) and Jaffer Kolb (US). The studio learns through building, experimenting with loose forms, rough materials, and ornate object stories. Ivi holds a Master of Architecture from Princeton University and a Diploma in Architectural Engineering from the University of Patras in Greece. Jaffer holds a Master of Architecture from Princeton, a Master of Science in Urban Planning from the London School of Economics, and a Bachelor of Arts from Wesleyan University. They teach at Rensselaer Polytechnic Institute and Princeton School of architecture respectively.

Farzin Farzin was founded in 2008 byFarzin Lotfi-Jam(IR/US). The multidisciplinary studioinvestigates the means by which objects, sites and systems acquire cultural value and examines the representation of value in architectural form. Lotfi-Jam is an adjunct professor in architecture at Columbia University, and holds advanced degrees fromColumbia Universityand RMIT University in Melbourne Australia.

We largely conflate technology with speed, imagining near futures that are dystopian and accelerated, efficient and lifeless. Technology is exclusively considered fast, dynamic, frenetic. The future is closer than it may appear--maybe just an invention away. It moves at the speed of a signal, transforms instantly, and displaces generations in ever-shorter cycles. But technology can move as slow as it does fast. What if we considered how it might resistprogress, counter efficiency and derail optimization?

Man fears time; time fears the pyramids, warns a 12th century Arab proverb. We understand the pyramid as the most enduring form of resistance: weathering the storms of humanity and cultural change. Pyramids allure us with myth, with scale, and with the impossibility of their construction. They seduce us with their platonic clarity, elemental materiality and ambiguous use. They withstand. They are a bit ridiculous.

For Tomorrows, the New Affiliates have produced a pyramid generator: a black box process that samples from the digital universe to produce new kinds of pyramids every four minutes. Whatever is plugged into the generator will read the pyramids: bring a printer, and you’ll soon find a stack of postcards; plug in your phone, and they’ll pop up on screen; attach a speaker and you’ll hear them described. Yet no matter your engagement, no matter the state of technological progress, and no matter time, the generator will continue forever; producing an infinite set of relations, networks and data all reduced to a platonic that only knows to resist.

Output 64.403--an HP Deskjet 1112 plugged into the Pyramid Generator printed out this pyramid, drawn from a random data aggregator that led to an article about the MTV cartoon Daria. The same pyramid simultaneously flashed on a television monitor, overlaid the home screen of an iPad, scrolled across a storefront LED sign, and interrupted a live recording on a local radio station. Thirty seconds later, it disappeared. Four minutes later, a new pyramid was generated. 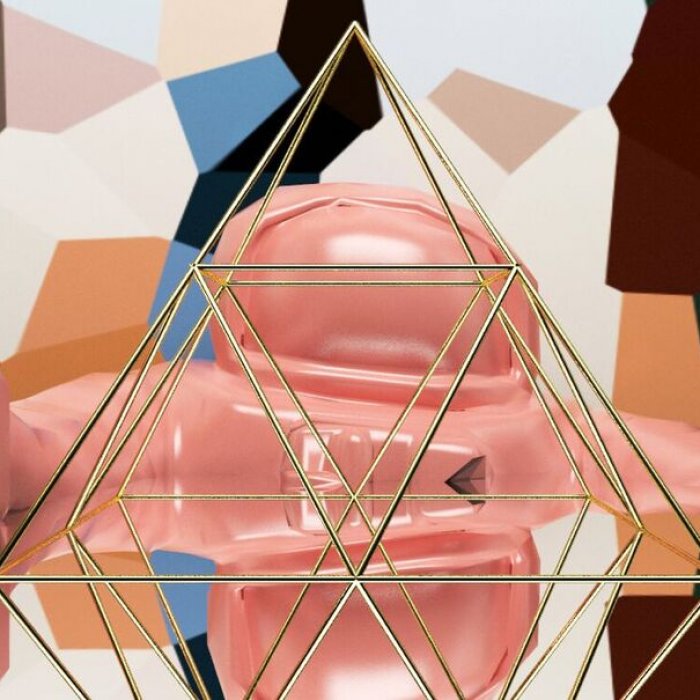