James Bridle (UK/GR) is a British artist and writer based in Athens, Greece. His artworks have been commissioned by galleries and institutions and exhibited worldwide and on the Internet. His writing on literature, culture and networks has appeared in magazines and newspapers including Wired, Domus, Cabinet, The Atlantic, The New Statesman, The Guardian, The Observer and many others, inprint and online. He lectures regularly at conferences, universities, and other events. His formulation of the New Aesthetic research project has spurred debate and creative work across multiple disciplines.

Homo Sacer is an installation consisting of a projected 'hologram,' of the kind increasingly found in airports, railway stations and government buildings. The hologram speaks lines from UK, EU and UN legislation, as well as quotations from government ministers, regarding the nature of citizenship in the 21st century. Beginning with the Universal Declaration of Human Rights' 1948 directive "Everyone has the right to a nationality," the hologram's monologue steps through the various laws which repeal this right, culminating in the text of the letter which stripped young Mohamed Sakr–who was later killedby a drone strike–of his British citizenship, and the UK's Home Offices oft-repeated mantra "Citizenship is a privilege not a right." Homo Sacer walks visitors through the process by which a citizen can be translated through various forms of identity, and ultimately reduced to the state of homo sacer, the accursed man, who may be killed at any time. 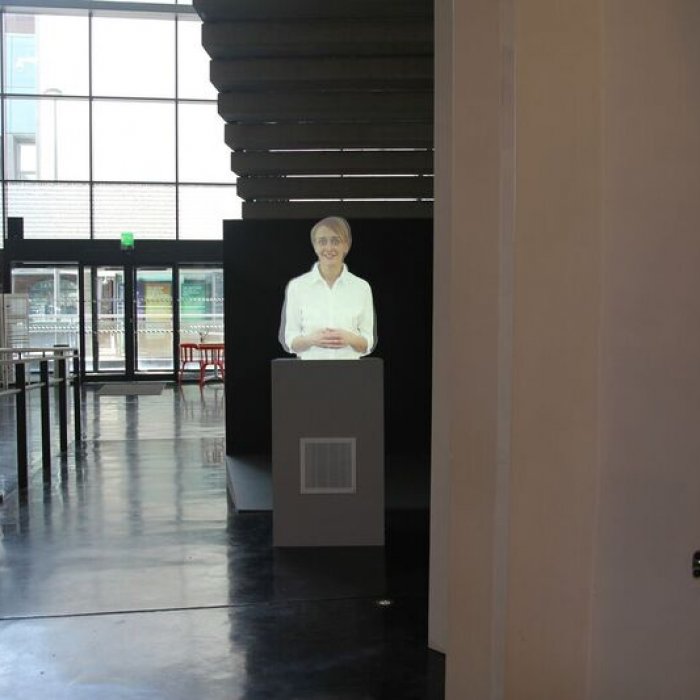 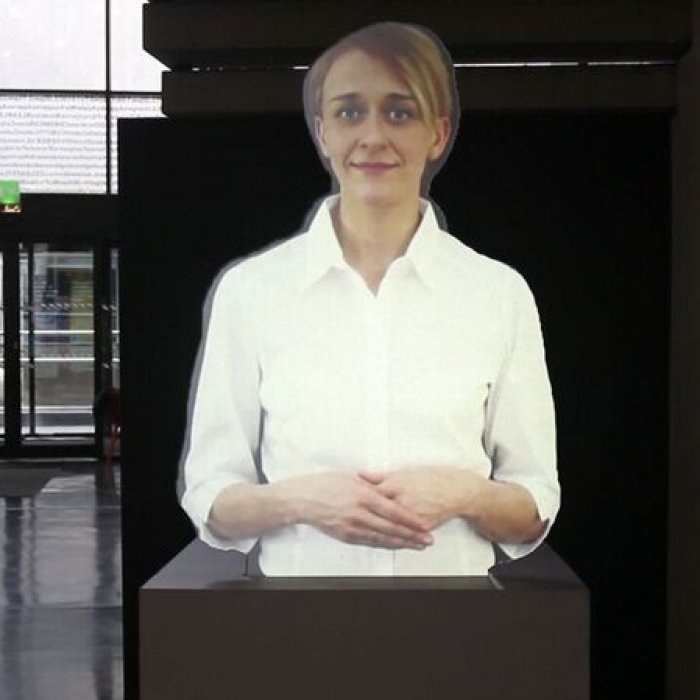 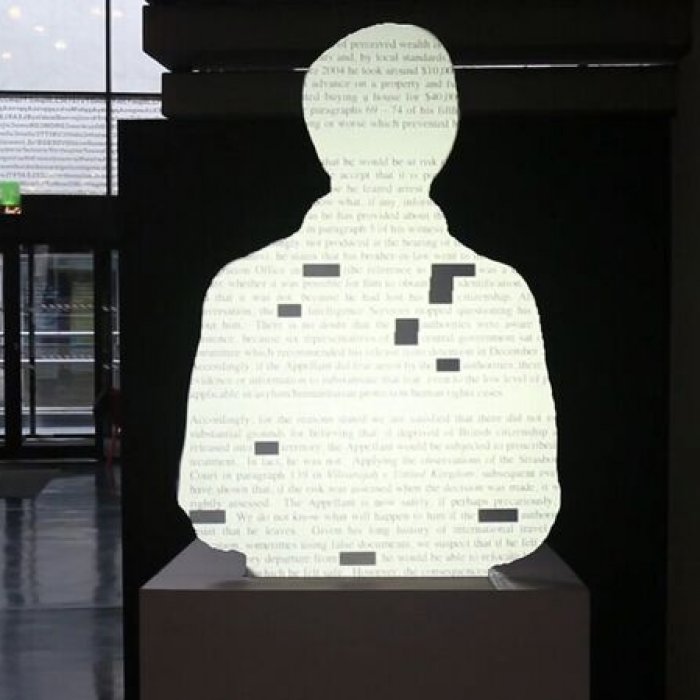 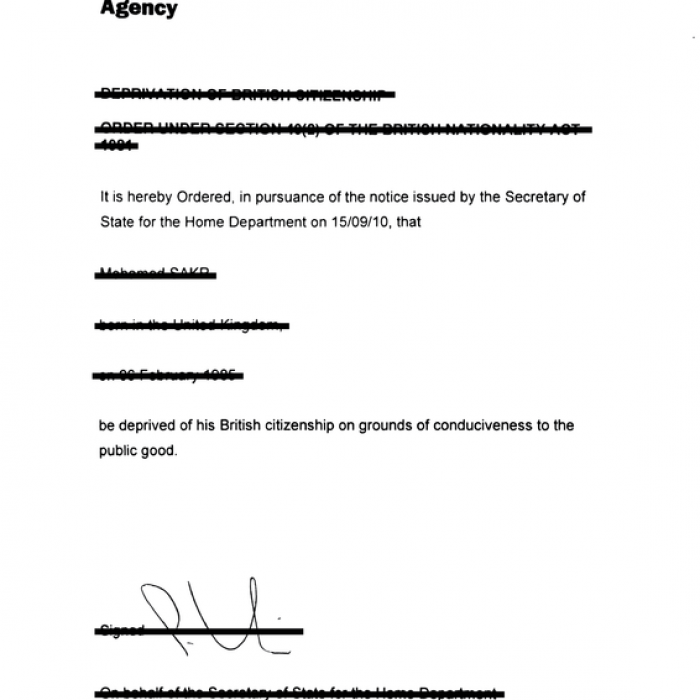 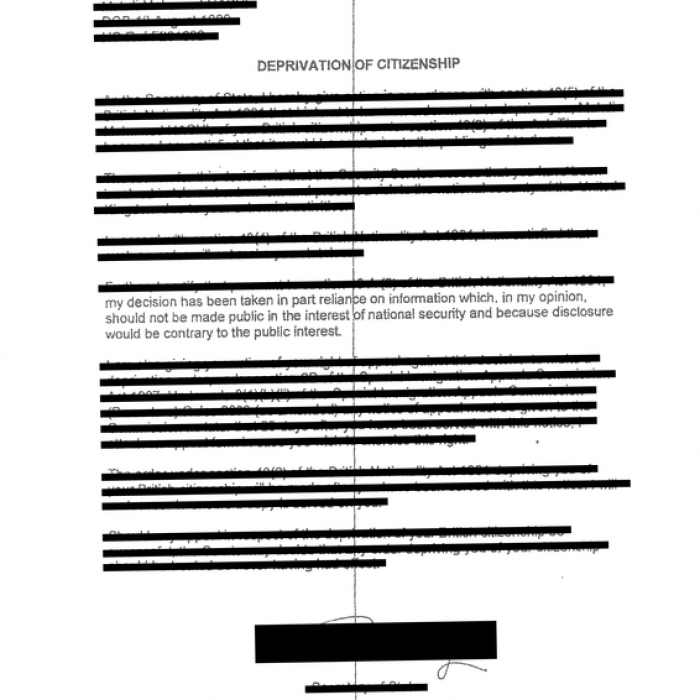