AREA - Architecture Research Athens (GR) is a professional architectural design practice established in 2006 by architects Styliani Daouti, Giorgos Mitroulias and Michaeljohn Raftopoulos, combining academic and professional experience in Greece, France, the Netherlands and the United States. AREA's work has received numerous distinctions in competitions for public and private projects in Greece and abroad, and was distinguished among the best Greek buildings and projects of 2013 and 2015 (DOMES International Review). AREA has received the First Prize at the architectural competition for 220 housing units in Thessaloniki (2007), the First Prize (ex aequo) at the national urban design competition AthinaX4 (2011), and Honorable Mention at the European competitions Europan 12 (Nuremberg, 2013) and Europan 13 (Azenha do Mar, Portugal, 2015). Notable exhibitions include AREA's installation at the Greek Pavilion, "Made in Athens," at the Venice Biennale 2012, and the Adhocracy Athens exhibition at the Onassis Cultural Centre in 2015. In 2017 AREA was nominated for the EU Prize for Contemporary Architecture–Mies van der Rohe Award, for Hansen, Mixed Use Building in Athens. AREA’s members teach architectural design at the Schools of Architecture of the University of Thessaly and the University of Patras.

Victoria: Way In/Way Out: The shelter, the embassy and the transparent state

In the summer of 2015, refugees from the Middle East found temporary shelter at Victoria Square, on their journey to Western Europe. Since then, Victoria, an urban space of bourgeois past and imperial name, has become a nexus of the refugee crisis, with an extended solidarity network providing shelter and guidance.

Victoria: Way In/Way Out imagines the space of Victoria Square as a paradigm for the future of the Mediterranean city. Two parallel urban entities coexist: the ‘Shelter’ and the ‘Transparent State.’ The first emerges within the concrete frames of former polykatoikies, i.e. apartment blocks, that now function as small, live-in ‘factories,’ where a diverse population of urban dwellers engages in the low-tech production and exchange of knowledge, products and services of a post-capitalist society. As an ever-changing, horizontal city perpetually linked to the present, the ‘Shelter ’ is intersected by the ‘Transparent State’: a formal and invariable network of radically privatized infrastructures and public spaces, with restricted access and limited rights, where constant surveillance guarantees safety and conformity to the past.

Victoria Square itself has been transformed into a new Crystal Palace, or ‘Embassy,’ negotiating between the ‘Shelter’ and the ‘Transparent State.’ Mobility and the transitory nature of human occupation are everywhere on display, mediated by control points, waiting rooms and prepared experiences, whereby individuals may or may not be granted further access. 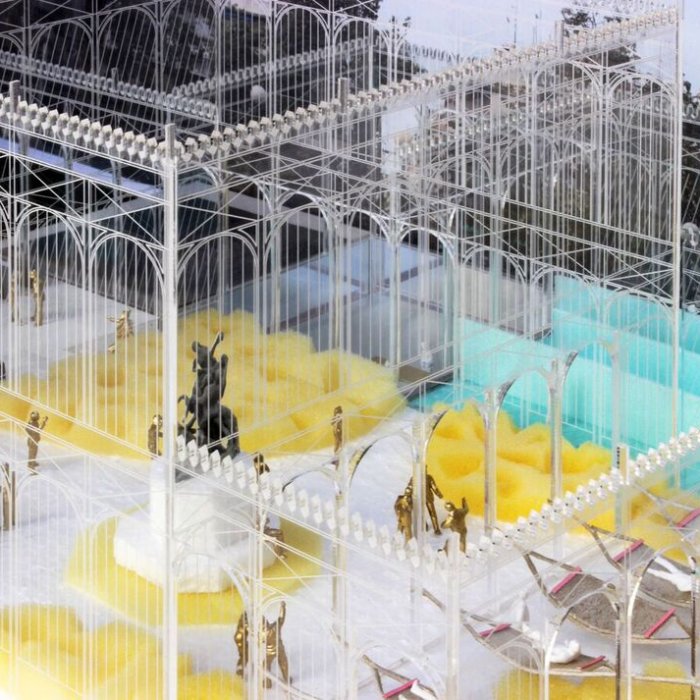 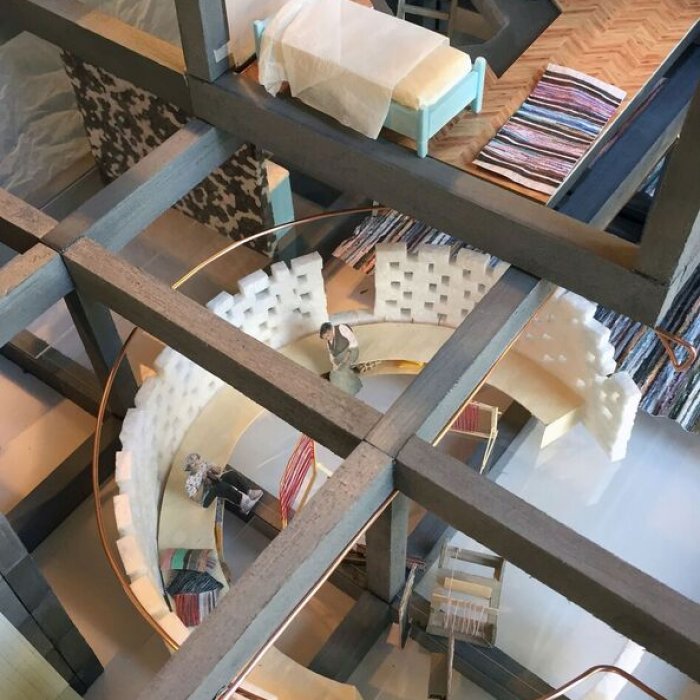 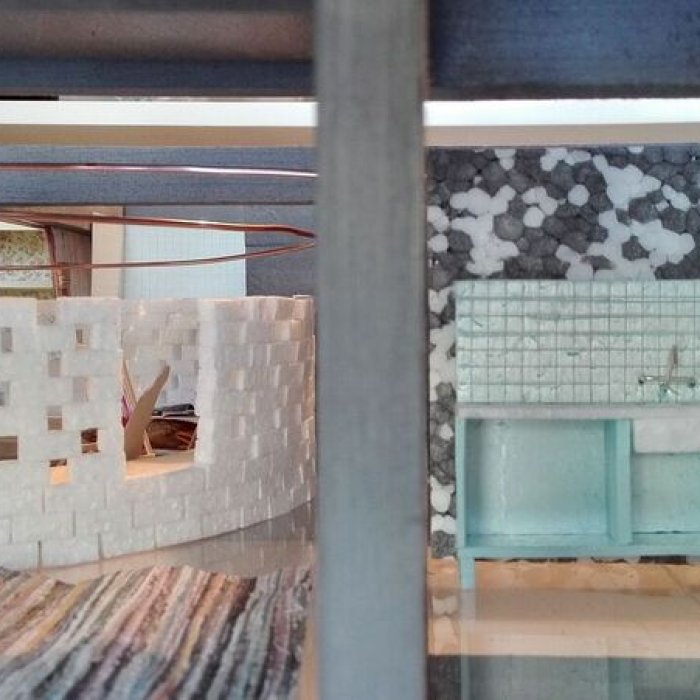 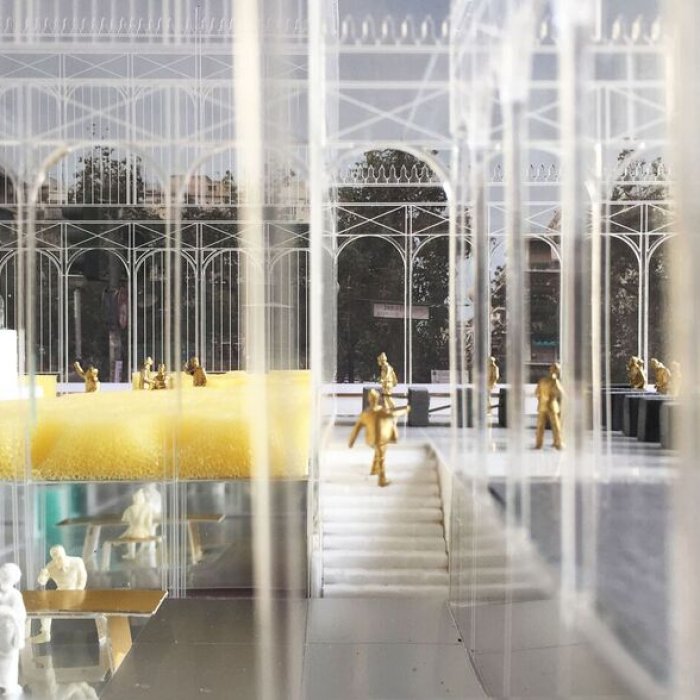 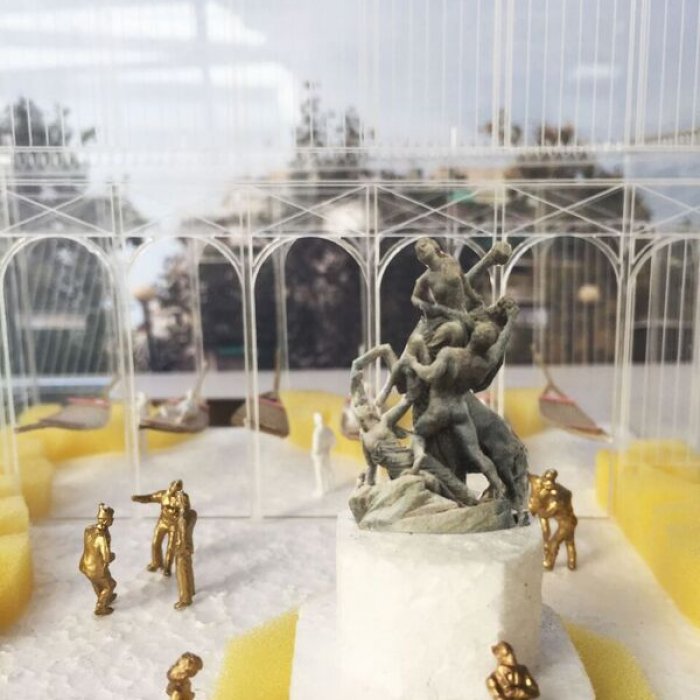 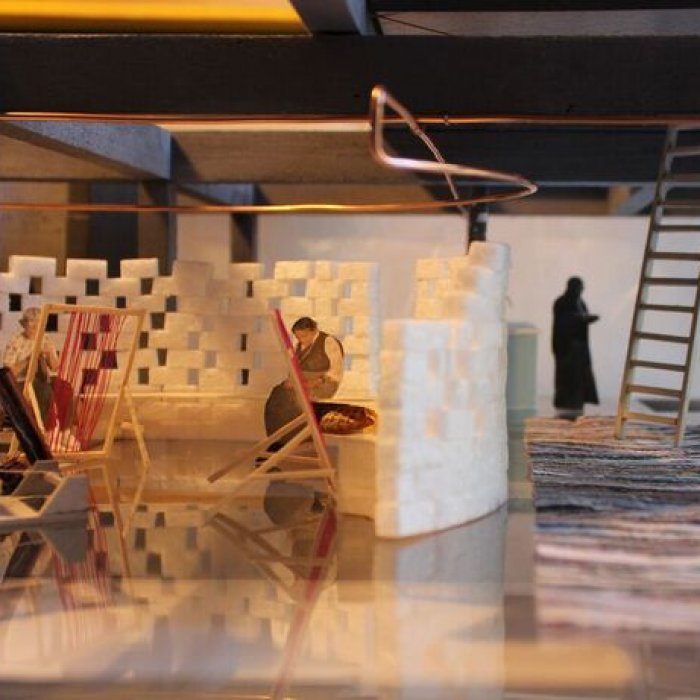