Takis Ch. Zenetos (1926-1977) studied architecture in Paris and established his practice in Athens in 1955. An exponent of radical modernism, he is recognized as one of the leading figures of 20th century Greek architecture. Apart from a wide range of prestigious buildings, his work also includes visionary research projects. Among his projects are the Fix Brewery plant, the Secondary school in Aghios Dimitrios, the open-air theatre on Lycabettus hill, the Apartment Building at Amalias Avenue.

Electronic Urbanism is a research project in progress for more than 20 years. The first research stage starts during Zenetos' studies in Paris and concludes with the first presentation of the project at the Modern Housing Organization's exhibition in Athens in 1962. The final project for the "City and the house of the future" is presented at the 1st Building Exhibition at Zappeion in 1971. In this project, Zenetos has adapted his design for an all-purpose furniture that was distinguished in the Interdesign 2000 competition (1967).

Zenetos' project for the city of the future is the outcome of systematic research on the development of applications in electronics. Studying articles in scientific journals of the time, Zenetos defines accurately the forthcoming applications of 'tele-management', 'tele-work' and 'tele-services'. Taking into consideration the accelerating changes of living elements in the cities of the future, he proposed flexible systems for both building and infrastructures. He believed that the structure of the city and the house of tomorrow would have to be ephemeral and, as much as possible, immaterial. For this reason, he designed a system of light three-dimensional supporting cable-structures, like a spider's web, containing vertical garden-cities and dense networks of improved telecommunications media. The ground, which was left almost free, was an uninterrupted natural space as the city would expand over forests, lakes, rivers, and seas.

This space structure can receive any type of infill elements, but the most important one is that of the moveable tele-processing cell. The cell is equipped with ananthropomorphic all-purpose furniture, which controls the tele-activities, the audiovisual contacts, and the environmental conditions. According to Zenetos, this control switch is going to be the heart of the human of tomorrow. The adjustment of the furniture's various parts is mechanical through keys, but Zenetos already forecasts that in the future this will be controlled directly by the user's brain, with the help of a hyper-sensitive electro-brain waves receiver.

The material that is presented in the exhibition belongs to the Takis Ch. Zenetos archive. 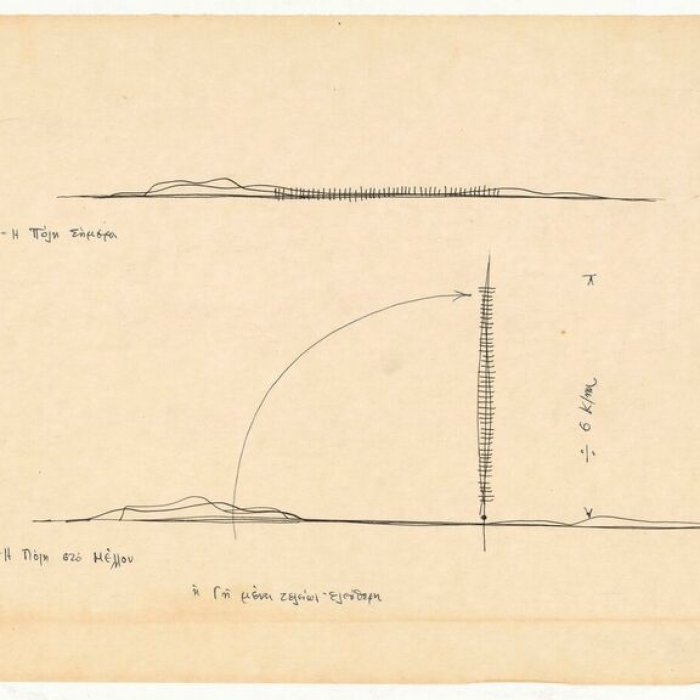 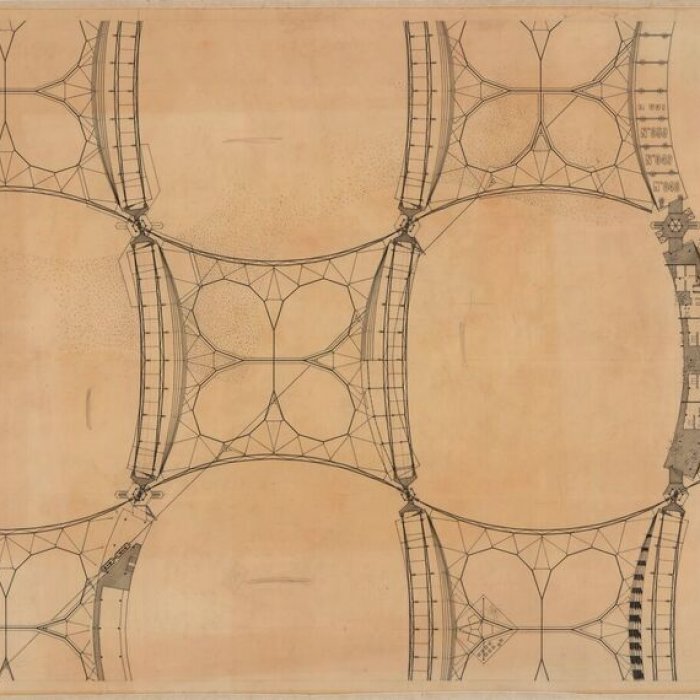 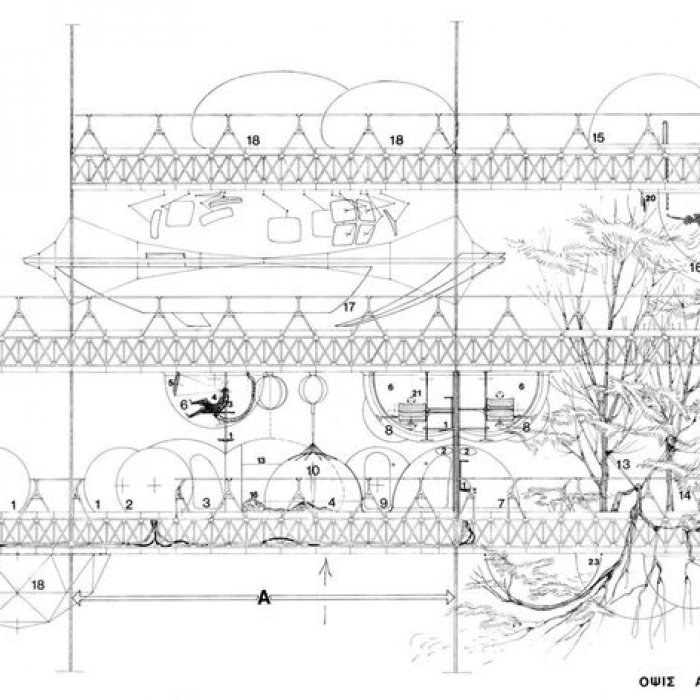 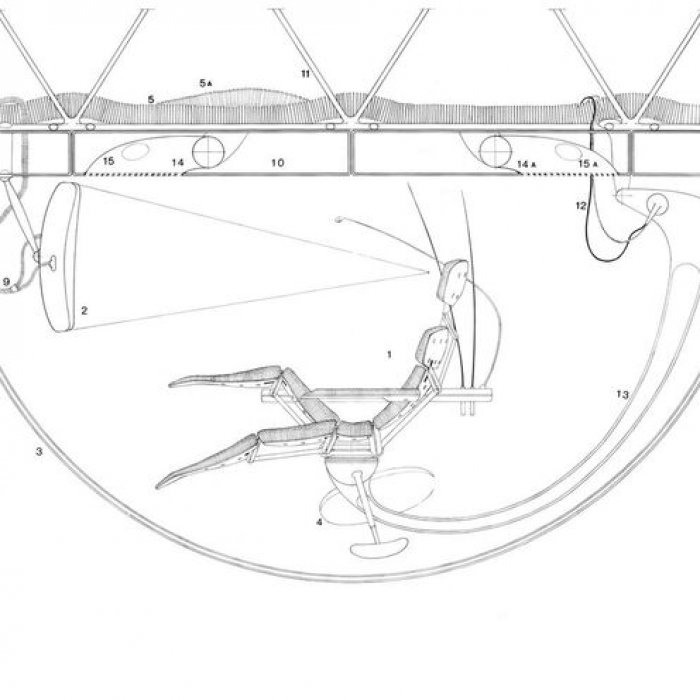 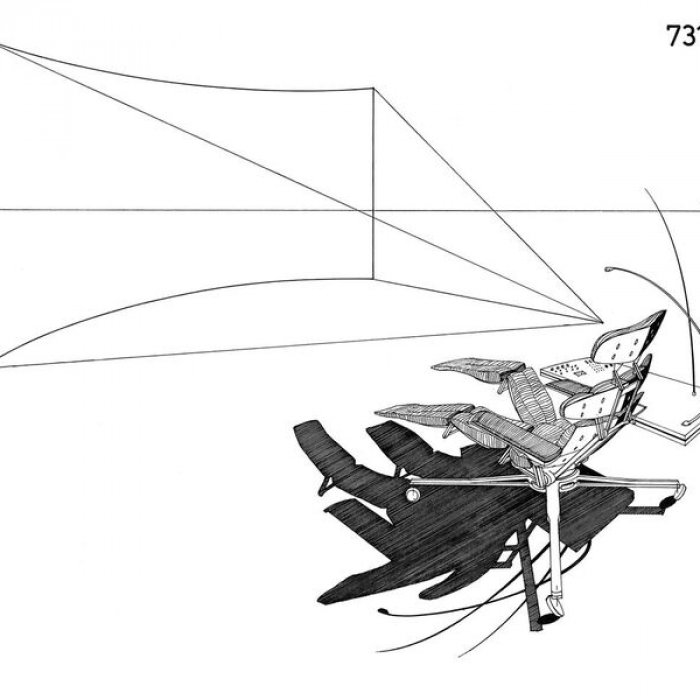 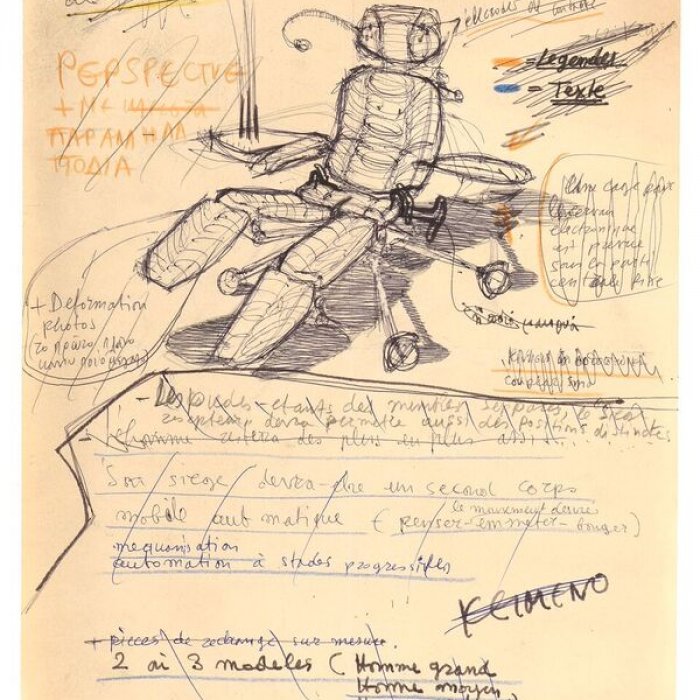